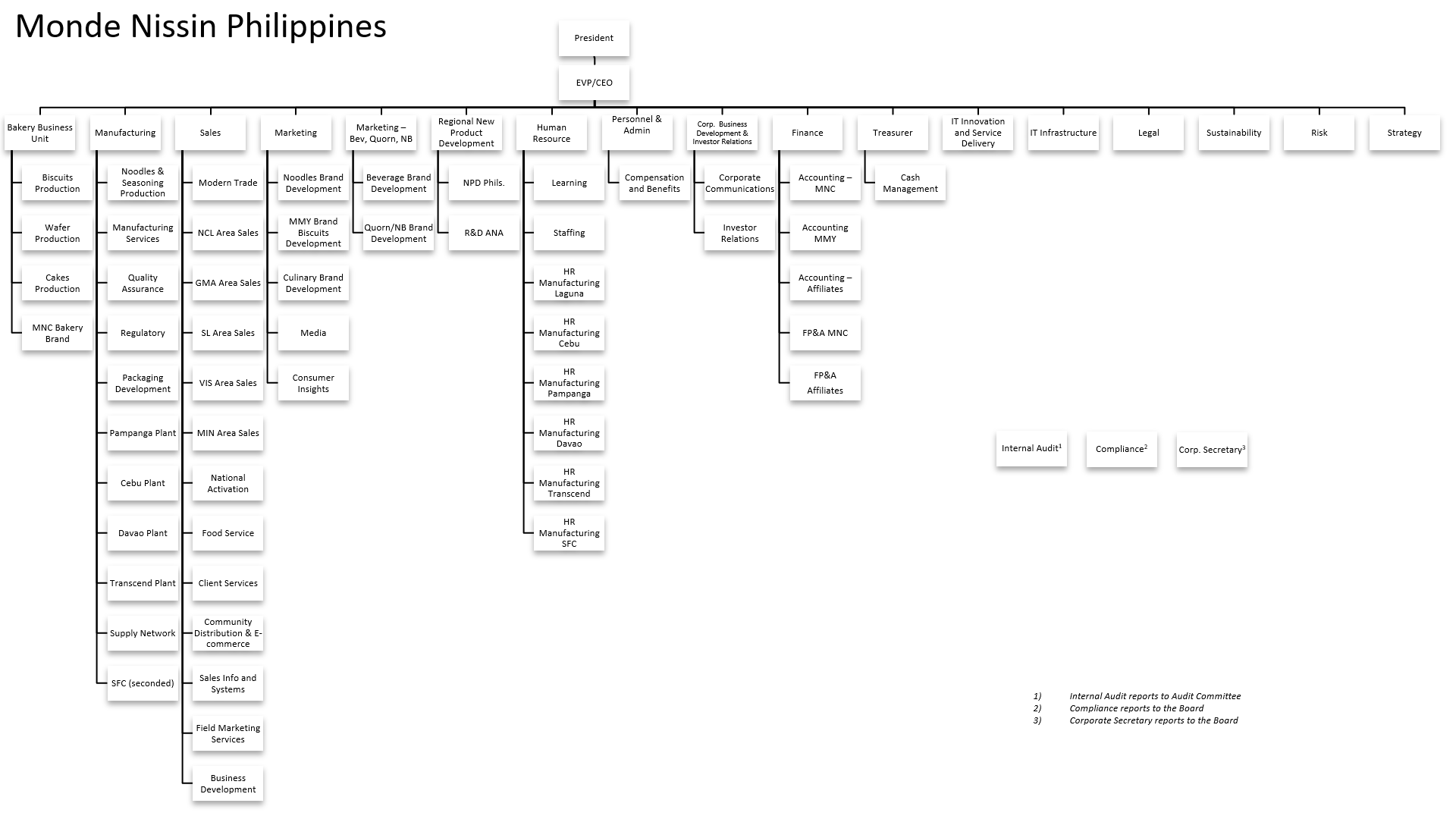 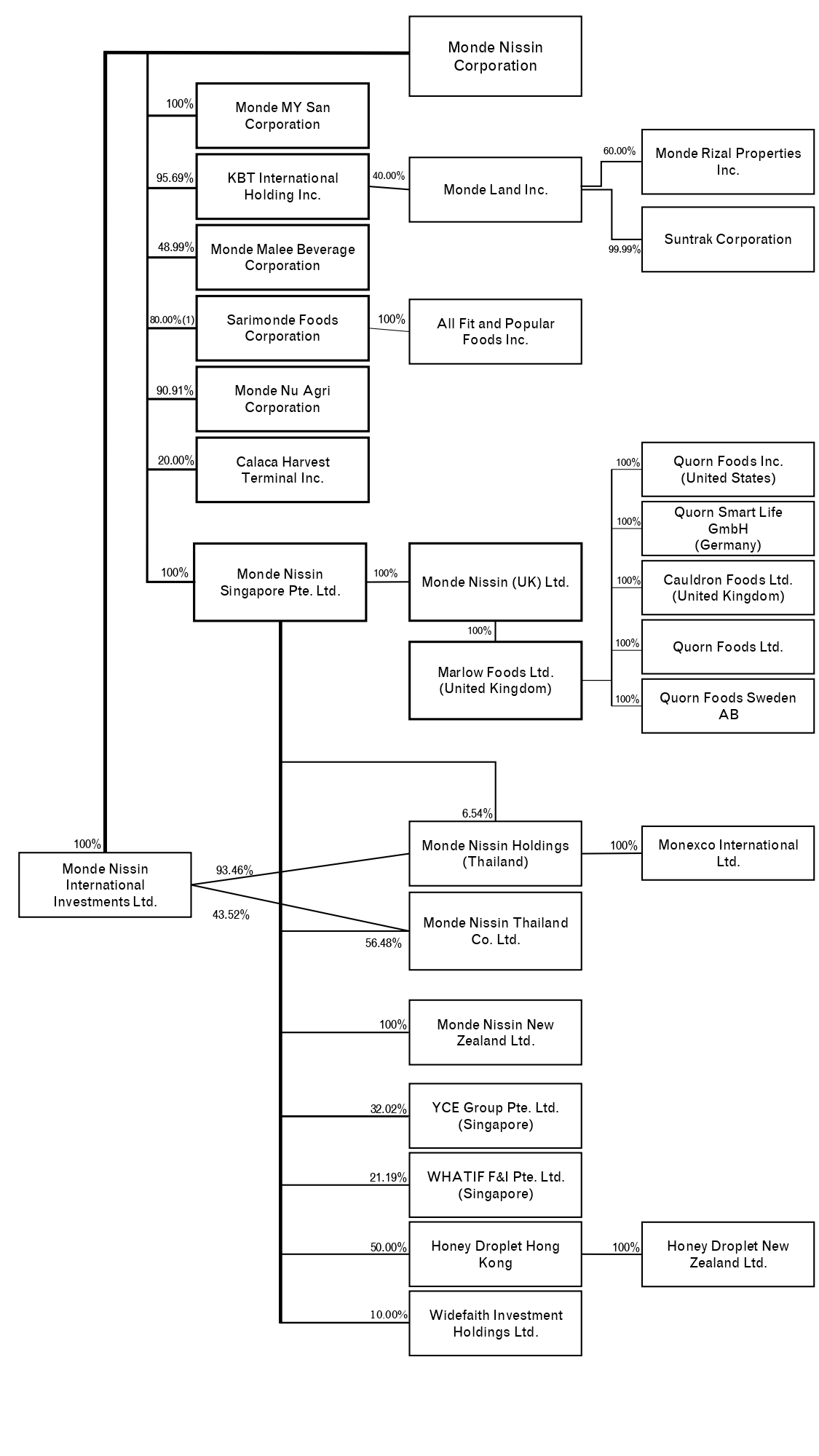 Monde Nissin Corporation (the “Parent Company” or “MNC”) was incorporated and registered with the Philippine Securities and Exchange Commission (SEC) on May 23, 1979, primarily to engage in manufacturing, processing, baking, packaging, servicing, repacking, assembling, importing, exporting, buying, selling, trading or otherwise dealing in all kinds of goods, wares and merchandises, which are or may become articles of commerce such as but not limited to candies, confectionaries, biscuits, cakes and other foods, drugs and cosmetics.

On June 1, 2021, the Parent Company completed its IPO and was listed on the PSE under the stock symbol “MONDE”. As a public company, it is covered by the Revised Securities Regulation Code (SRC) Rule 68.

Monde Nissin Holdings (Thailand) handles the export production and management of instant noodles and biscuits brands such as Lucky Me, Kid-O, Bingo, Monde, and Nissin to more than 50 countries globally, particularly in Asia, the Middle East, and North America.

We use cookies to ensure you get the best experience. By continuing to browse our site, you are agreeing to our use of cookies.